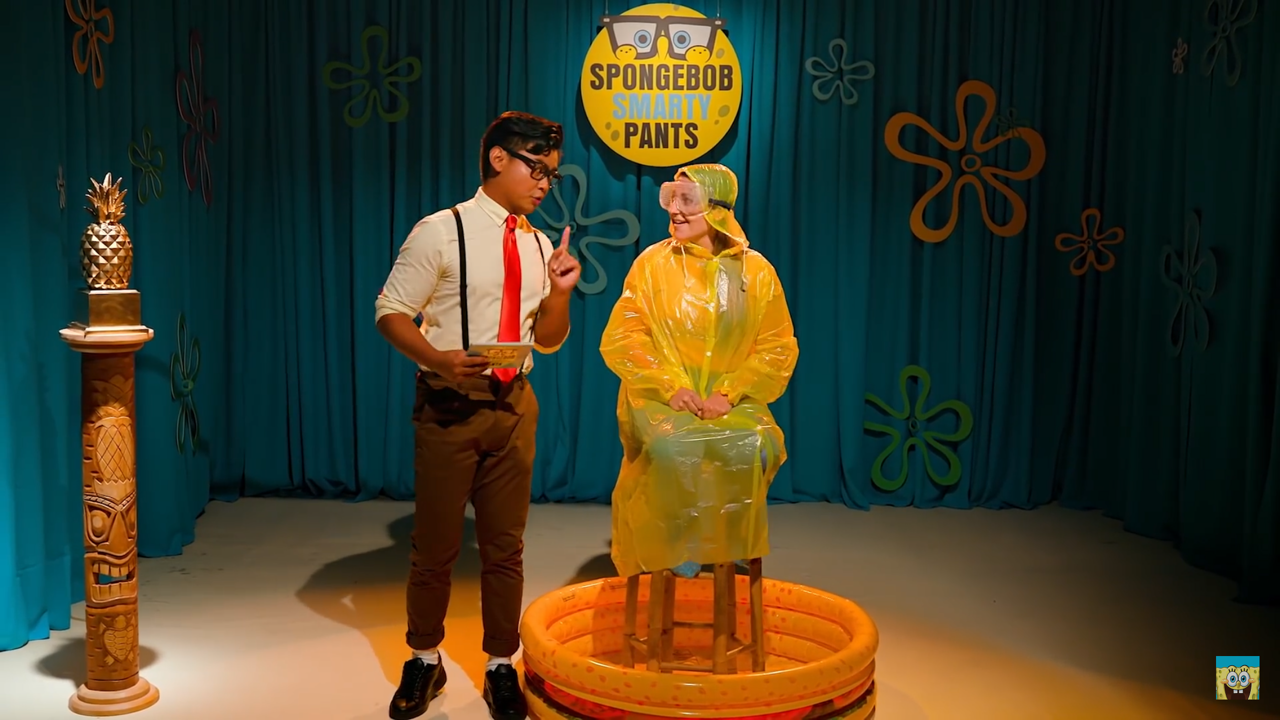 SpongeBob SquarePants is taking over YouTube with a brand new weekly game show called “SpongeBob SmartyPants”. Whether you think mayonnaise is an instrument or you’re still trying for your boating license, there’s a range of Bikini Bottom trivia for you to try your luck at (without being dangerously close to the Chum Bucket).

In each of the five episodes, two contestants go head-to-head in SpongeBob-themed challenges that test their knowledge and gameshow skills about everything related to the adorable yellow sponge. If they manage to make it through to the end, they could win the Golden Pineapple.

All of this is funnier than 24 (or 25), and it’s led by YouTube star Roi Fabito AKA Guava Juice. On his own YouTube channel, Roi has 14.6 million subscribers that love his online skits and experiments and billions of views to match, so it’s no wonder he was chosen as the perfect host to fill SpongeBob’s squeaky shoes and tube socks.

Brush up on your Wumbology knowledge! The first episode of “Spongebob SmartyPants,” featuring Roi’s SpongeBob impressions and lots of insider references, is out now on SpongeBob’s YouTube channel with new episodes coming weekly.

Which Acts Survived The “World of Dance” Semi-Finals This Week?

The Junior Duels are Full of Surprises on “World of Dance”

Which Acts Survived The “World of Dance” Semi-Finals This Week?

Not Everything is as it Seems in These August Must-Reads

This Acoustic Teaser is The First Look at the “Julie and...