Home Entertainment Interviews Sunjai Williams and Stacey McBride-Irby Give Us an Inside Look at the... 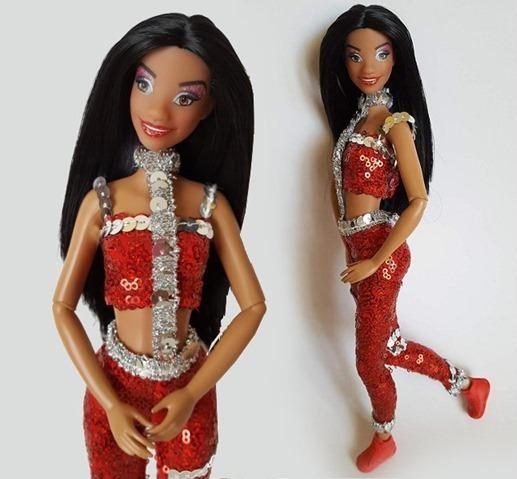 Bring It star Sunjai Williams’ latest project isn’t what you might expect from the young dance superstar. She recently partnered with Stacey McBride-Irby and her new company IamUdolls to create a Sunjai doll that hit Amazon in September. We talked to Sunjai and Stacey about what it was like bringing that doll to life.

Sunjai didn’t originally have plans to bring her image to a new light in the form of a doll. Brainstorming her next moves in her career, a doll was on the list of ideas of things she wanted to do. The more she thought about it, the more fun the idea of a doll became, and once a connection was made with Stacey about bringing the doll to life, there was no going back. 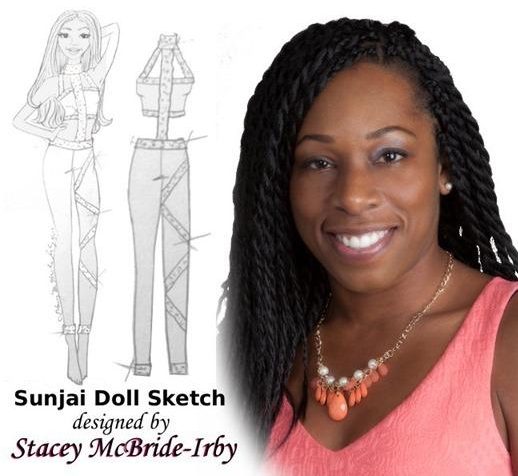 Stacey McBride-Irby is a world-renowned doll creator and designer with her name on some of the most iconic dolls produced by Mattel. After 15 years at Mattel learning from the best, Stacey decided to create her own doll company. Launching her company, IamUDolls (IamUDolss.com) with the Sunjai doll, Stacey remembers watching Bring It with her daughter. She was more than excited to jump at the opportunity to create a unique doll modeled after the dancer.

The first in what will be many uniquely designed dolls, the Sunjai doll is a prime example of what Stacey wants to achieve with IamUDolls.”I wanted to create dolls that allowed little girls to dream,” she said. Stacey wants to create dolls that are positive role models for young girls because she believes that dolls are a major inspiring force for young girls. “I knew this would be such a wonderful partnership because Sunjai is such a positive role model in the community,” Stacey said about pairing up with Sunjai. She believes that people want real, live role models to look up to, and dolls are one medium that allows them to get closer to those role models.

This same desire to create positive role models and positive influences for kids drives Sunjai to give the doll a life of her own. “It’s different because it’s not just a regular Barbie,” Sunjai said. “It’s an actual representation of me.” Since it’s release, Sunjai’s fans, non-dancers, and even doll collectors have been excitedly scooping up the one-of-a-kind doll.

“I put my all into everything i do.”

The Sunjai doll has even taken on a life of her own with an Instagram platform following the doll’s adventures with Sunjai! Within only a few weeks, the doll had gathered thousands of followers. “We try to post new things every single day,” Sunjai said about the doll’s adventures. This is not just a toy that sits on a shelf. She wants to give her followers a dynamic experience when they interact with the Sunjai doll.

Go Sunjai, Go Sunjai…OMG my new friends and I had so much fun dancing together. These cool dancers were from the documentary film called "Step". #Sunjai #Dance #Dance moms #IamuDolls #Amazon #Purchase #Gifts #Friends

Now that the Sunjai doll is officially available (you can find it on Amazon here), both Sunjai and Stacey are focusing on making sure that the doll’s launch and her inspirational messages reach as many people as possible. You can keep up with Sunjai (@bad2thebone_3), Stacey (@staceymcirby), and the doll (@sunjaidolladventures) on Instagram where they are all doing amazing things.

ROSIE Calls Her New Single “Something I Hate” a Message to Her Younger Self: “She’s Not Alone.”

These Summer Hairstyles are Perfectly Effortless