If you are a fan of the Full House remake Fuller House then you already know who this young girl  boss is. Soni is another actress/ dancer that is taking over the entertainment industry. 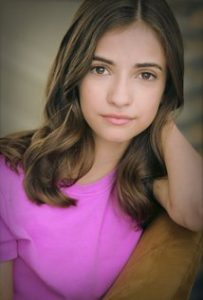 Soni, a California native has been dancing since the tender age of 3. WIth dance as her first love, she took over Youtube after being featured in popular choreographers dance videos such as Matt Steffanina, Kenny Wormald and Hollywood.

In the past 4 years Soni has managed to make take a leap into the acting world as well. She first appeared on Nickelodeon’s “ Instant Mom” in 2013. This was followed by Lifetime’s movie drama “Beautiful and twisted” to her now famous role as Romona Gibbler, daughter of the infamous Kimmy Gibbler on Fuller House.

Soni is definitely going to be making major moves in the next year so make sure you are keeping up.

Find Out Which Dancers “Lit the Stage on Fire” This Week: “SYTYCD” Recap

Auditions Don’t Have to be Scary!: World-Touring Dancer Jessa Doll’s Tips for a Positive Audition Mindset

The Top 12 are Announced: “SYTYCD” Recap

Kayden Muller-Janssen on playing “Giant Ball of Sunshine” Hartley on “The...