Nia Sioux had her Sweet Sixteen party last night at Bucca Di Beppo and Mixology in Los Angeles. There was dinner, dancing, henna, a candy bar, a caricaturist, and tons of familiar faces. Since Showstopper HQ is on the East Coast in Myrtle Beach, we don’t get to attend as many LA events as we’d like to. We’ve got some cool things happening where we’re at, too, but Nia’s Sweet Sixteen is definitely something we wish we didn’t miss!

Despite it’s name, you do really wanna listen to it.

“You Don’t Really Wanna is a song about girl power! I love the mature sound and message of the song. The fact that a girl can call a boy out on his games and silly behavior makes a bold statement. I am proud that the song showcases a girl using her voice to tell a boy she is not going to put up with any games. I love the confidence and attitude in the song. […] The most important lesson fans can take away from the song would be to know your worth. The fact that a girl can tell a boy that she likes that she is not going to put up with his silly games is a strong and bold statement. You might like a boy but you need to love yourself first and not compromise your standards.” (Nia Sioux, Just Jared Jr.)

We’re embedding it here so you can jam out while you read the rest of the article.

2. Nia slayed in not one, not two, but three dresses.

3. There was a design-your-own-hat station and our bare noggins are a constant reminder that we weren’t there. 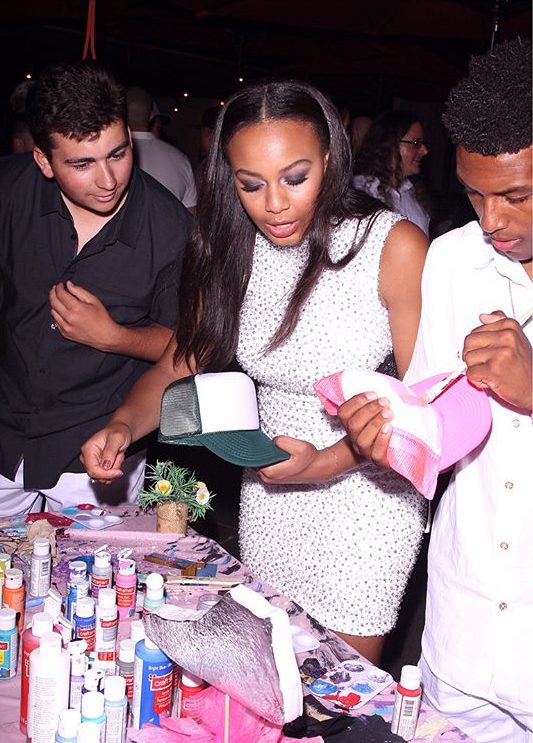 Dawin, who’s been encouraging body positivity and dessert consumption since 2016, took the mic at Nia’s Sweet Sixteen and had everyone dancing.

Dawin asked what they were gonna do with that dessert and Nia answered by digging in while still looking absolutely stunning.

6. So many of our fav dancers were there!