Home Entertainment McClairen Eisenhour Tells Us What It’s Like to be One of Disney’s... 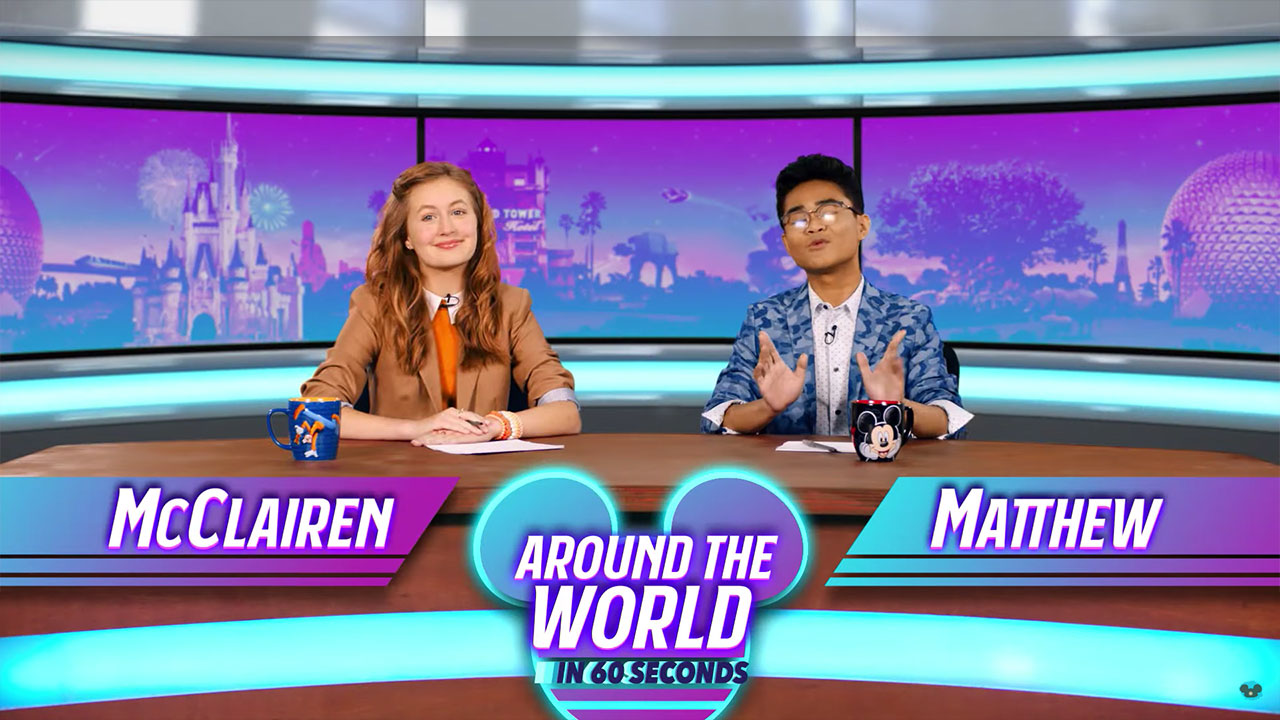 If you had Disney’s latest star, 15-year-old McClairen Eisenhour, in your contacts, her nickname would definitely be “Disney Insider.” One of the hosts of Walt Disney World’s #BestDayEver series “Around the World in 60 Seconds,” McClairen, with the help of her co-host Matthew, takes Disney fans around Disney World in a minute of news about new park attractions and events.

McClairen wasn’t always behind the ATW60 desk. She started doing theater when she was eight years old, so she’s no stranger to acting and performing. Within the last year and a half, she has been embarking on a new journey in her career–branching out into film. “I’m trying to focus more on film just because I’ve been doing theater for so long,” she tells us. “I just want to get a taste for what film’s like.”

The transition from the theater to the screen is a big one, and McClairen shared with us that one of the biggest differences she notices is the amount of energy needed to carry her voice and her story across an entire theater versus the amount she needs to project when she’s on camera. Her stage skills have come in handy, though. “I can carry a little bit of that energy that I need on stage into my new Disney segment because it’s Disney, so I obviously have to be pretty energetic,” she says.

What do you get when you have a lot of news but not a lot of time?  You get a 60-second news show with three jam-packed news stories, two fast-talking hosts and one ridiculously awesome bowtie. 🌎🕑✨ #WDWBestDayEver #AroundTheWorldIn60Seconds

“Around the World in 60 Seconds” is set to deliver Disney World news to fans on YouTube and Instagram over the next six months. Of course, to deliver this news, McClairen had to learn it first. All of the new attractions and events in each month’s segment were news to  McClairen and her co-star as well. You can even see her excitement in the videos. “My last segment, the one that came out with me and Matthew, I think I mentioned something about special effects kites and there’s a little video of them going over,” McClairen says. “I had no idea that was a thing. You can probably see me go ‘Oh! Special effects kites!'”

It will take McClairen and Matthew a total of six minutes to deliver Disney World updates to fans between now and April, but it actually took three days of filming to get everything from behind-the-desk reporting to on-site interviews with Disney characters wrapped. “I actually got to go into Animal Kingdom. It was like 7:00AM–actually, I think it was even earlier than that–but yeah, we were in there really early, and I got to interview, I don’t know if I can say the Disney character I got to interview yet, but a really fun character.”

Matthew was McClairen’s ideal co-host from the moment they met during callbacks. “We just got along well. We worked together well,” she tells us. In fact, while McClairen was hoping things would go well for her callback, she was hoping Matthews went well, too. “Sure enough we got the job…and he was so fun work to with.” They even spent time exploring Disney World together with their moms after filming one day. They, of course, had a blast.

“Definitely stay tuned,” McClairen says to Disney fans. “There’s a lot of fun stuff coming up. Matthew gets water dumped on him at some point.” In the meantime, McClairen is actually headed back to the stage to play Kelsi in a production of High School Musical “I kind of missed it a little bit.” She laughs.) while continuing to maintain her busy auditioning schedule (all while being a sophomore in high school!).

Here’s How to Enjoy “The Nutcracker” at Home This Year

These are the 2020 Tony Awards Nominees

Zendaya Set a Record at the 2020 Emmys

This “drivers license” Cover is a Heartbreaking Sequel to Olivia Rodrigo’s...

Blue Ivy is All of Us in Dance Class

Taylor Swift Loves This New Song As Much as You Do