Home Lifestyle Fashion Izzy Be: Clothing Made to Make a Difference 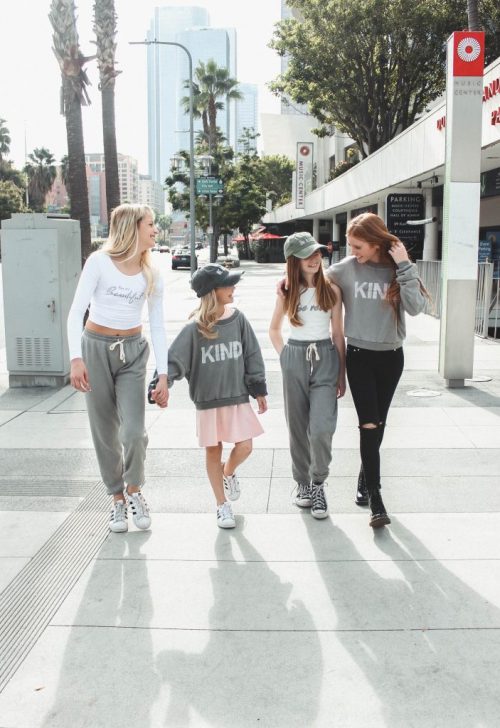 Izzy Be, a clothing line that’s “made to make a difference,” has been doing just that for the last year and a half. With the design focusing on spreading positive messages amongst teens, and a portion of the proceeds going towards causes that protect the basic human rights of women, Isabella Brown and her mom, Karin, are changing the world one shirt at a time. We sat down with Izzy and Karin to talk about where the idea came from, the ways they’re trying to counteract social media negativity, and what we should expect from Izzy Be in the future.

How Izzy Be Came to Be

While Isabella is the face of the brand, her mother, Karin,actually came up with the idea for it. Karin was moved by a video she saw that encouraged people to get involved in protecting women who had been denied basic human rights. She was so inspired by it that she knew she had to do something about it. Fast forward a few years later, and now some of Izzy Be’s proceeds are donated to the cause. It all started when Izzy had booked her first music video and they both realized how blessed Izzy was to be making money doing something she loved. One of the major reasons Izzy is so down-to-earth and compassionate is because of the values that her mom has instilled in her. Karin frequently reminds her that, while Izzy is blessed, she’s also “blessed to bless others.” They realized they’d been given a platform to really make a difference.

While social media hasn’t always been Karin’s favorite thing in the world, as she’s seen a lot of negativity stem from it, she soon began to recognize it as a vehicle that can be used for good. It all depends on who’s driving it and how they use it. That’s what began their journey. In a social media driven world, where teens value instant gratification and likes, it can be hard to look at the bigger picture. “But,” Karin says, “it’s not about us. We are part of a bigger picture. It’s about loving others and realizing that we get blessed more when we do something for someone else. That’s where true satisfaction comes from — when we know we made a difference in someone’s life.” It really can be difficult to have self-confidence in the world of social media, as it’s so easy to compare yourself to others. “Jealousy is so rampant these days with social media,” Karin continues, “and this is where bullying stems from. But we look to teach people that if they are looking inward, and realizing everything they need is inside them, they can be happy for others. They can celebrate the great qualities in others because they recognize that they have their own gifts that no one can take from them.” Izzy Be’s messages don’t just seek to instill self-confidence though, but to tell others that they can be anything they want. With messages like “Be Brave,” and “Be Kind,” it encourages others that they can do it too.

While the road can be tough to start a business, the mission to protect young women across the world while spreading positive messages has kept the brand pushing forward. The biggest challenge (other than the usual hurdles to starting a small business), was figuring out how to best get their message across. Their goal is to help teach girls how to recognize that they have that responsibility to be a role model. “We have to teach them to articulate what they stand for and how they can be a spokesperson.” What they found is that the message can’t come from an adult, it has to be youth to youth. That’s what makes this company so perfect. Isabella is so passionate about the cause, and in turn can spread those positive messages to her peers. Karin also sees the benefit of parents and teens being able to agree on something, especially at a time when mothers and daughters typically butt heads. 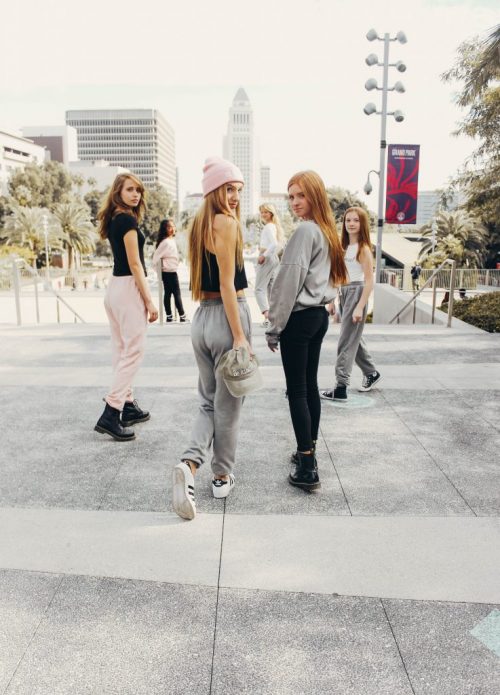 What’s Next for Izzy Be?

Since Izzy Be came to be, it’s evolved quite a bit. They’ve noticed that what started with a few t-shirts, has really grown to be a community. Recently, Izzy did a pop up shop/fashion show, and they were stunned at how amazing the turn out was. Teens and parents came from all over to meet them and get their own shirts to continue the spread of those positive messages. “We really want to start doing more events to encourage more people to get involved,” Karin says. “We might even start a mom’s line,” she laughs. Izzy quickly interjects to tell her that isn’t going to happen, but, mom’s can still rejoice! They’re looking at introducing teen/adult sizes into their line to involve older teens in the cause as well (plus moms can totally rock those, too). We love the positive messages that Izzy Be clothing spreads to teens and moms alike, and we can’t wait to see where they go next!

Connect with Izzy Be