Netflix’s current most-anticipated new series The Chilling Adventures of Sabrina. Based on the graphic novel of the same name by Aguirre-Sacasa and fueled by nostalgia surrounding the comic books and TV series Sabrina the Teenage Witch, the show is set up to take us to a darker version of Greendale where Sabrina, Harvey, and all of our favorite cast members will face the complications of being a witch in a small town and growing up. 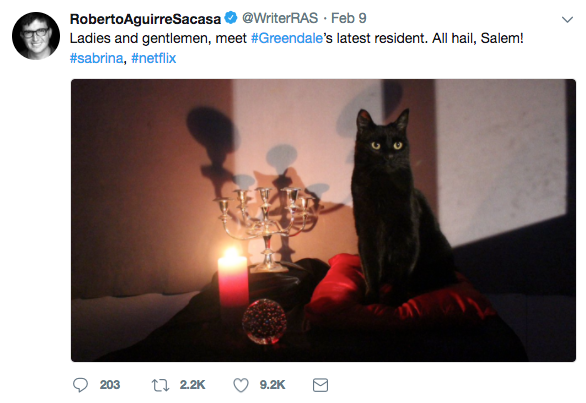 Back in February, creator Roberto Aguirre-Sacasa introduced us to the 21st century version of Salem Saberhagen, but we did not know what was in store for the show as far as everyone’s favorite teenage witch and her soul mate go. Well, wait no longer, on Wednesday Aguirre-Sacasa tweeted a picture of Harvey and Sabrina walking hand in hand. 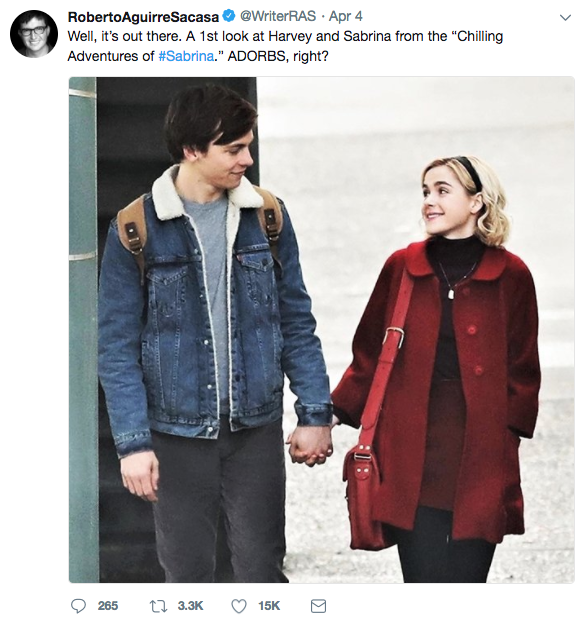 This, of course, has excitement for the series at an all-time high, and it seems like Kiernan Lynch (Sabrina) and Ross Lynch (Harvey) wear their roles well. Unfortunately, a release date has not been announced. The one thing we can look forward to for sure is that the show has already been slated for two seasons on Netflix! Until then, we’ll just have to binge watch Sabrina The Teenage Witch and work our way through the comics this spooky drama is based on!

Here’s Everything Coming to Disney+ in August

“HSMTMTS” Season 3 is Out Today! Is It Olivia Rodrigo’s Last?

“The Powerpuff Girls” is Getting a Reboot

Emmalee Rainbow’s “Origin” is A Poetic Blend of Abstract Thoughts and...

Wanna Be THAT Girl: Emei on Her Latest Single and How...

Kjersti Long Didn’t Want to Write a Love Song, so She...

“It’s my most vulnerable song to date.”: Akelee on Her New...