Coming to Broadway July 5th, Charlie and the Chocolate Factory is a story about love, greed, values, and, of course, candy. This classic tale follows five lucky children behind the gates of the magical factory where even your sugariest dreams can come true. Here’s why you should get your own golden ticket to see this production. 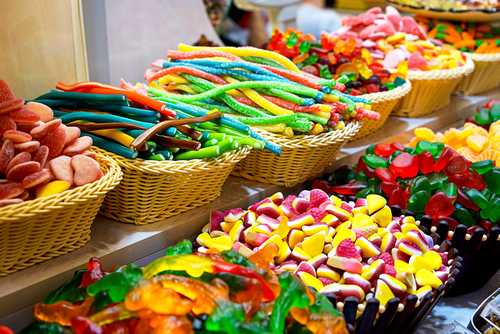 If there’s a subject for a musical that is better than candy, we don’t want to know what it is. This play will satisfy your sweet tooth with 2 hours and 30 minutes of sugary show tunes and giant candy props.

This musical is just hitting Broadway on July 5th of this year, but this is a tale as old as time. (Wait, that’s Beauty and the Beast.) Based on Roald Dahl’s classic novel, this musical might be new, but the story is one everyone knows and loves. Now, you’ll have to go see the musical and add Charlie and the Chocolate Factory to your summer reading list.

The cast of this musical knows its way around a fantastical setting. They are touring Willy Wonka’s Chocolate Factory now, but many of these talented actors and actresses have crossed Broadway stages in other magical performances such as Wicked, Finding Neverland, and The Lion King among other major Broadway productions.

From Mike Teavee who can’t get enough of technology to Willy Wonka who just wants to share his favorite things with the world, there is a character for everyone in this musical.

Do we need to say more? Charlie and the Chocolate Factory is definitely one of this summer’s must-see Broadway productions.

These are the 2022 BBMAs Winners

Can Taylor Swift Please Give Us “1989 (Taylor’s Version)” Already?