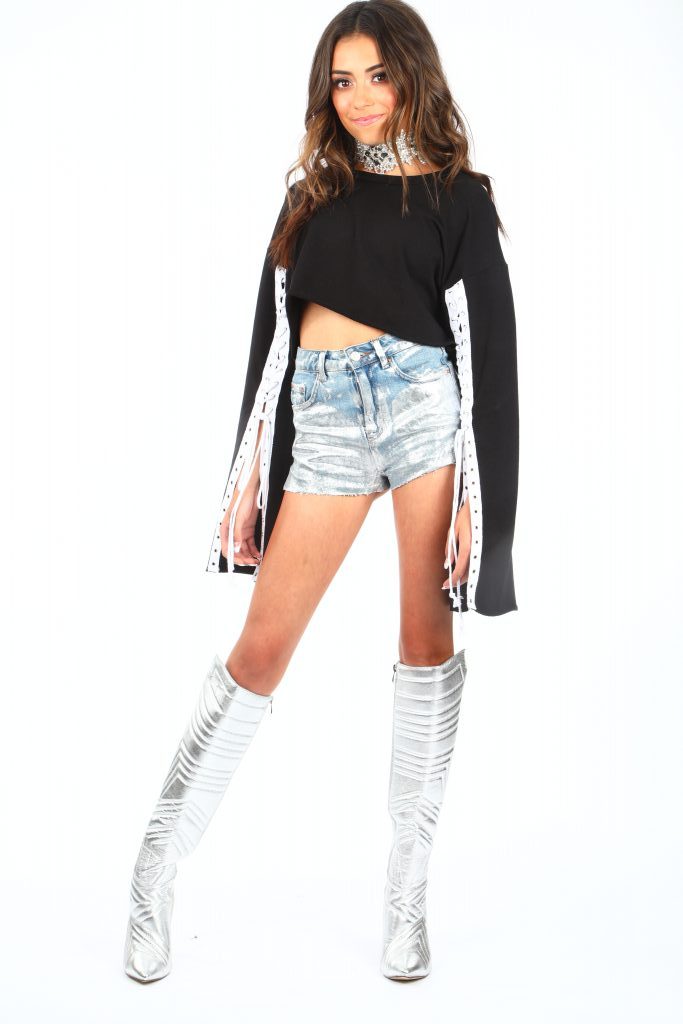 Is there anything Ashlund Jade can’t do? The 14-year-old model, actress, dancer, and singer just had her debut TV premiere on Lifetime’s The Pop Game.

Being the youngest on the show (by far!) Ashlund, at 13, proved that being young means nothing when you’ve got talent and drive. Her bubbly personality, her eye-catching stage presence, and a voice that would make Britney proud, placed her on the to-win list of many viewers.

While her friend and competitor, Ian Grey, ultimately took home the record contract with Mosley Music Group (Timbaland’s Record Label), we see a record deal for Ashlund in the very near future. We met up with Ashlund for an exclusive look at what it was like competing to be America’s next pop star. 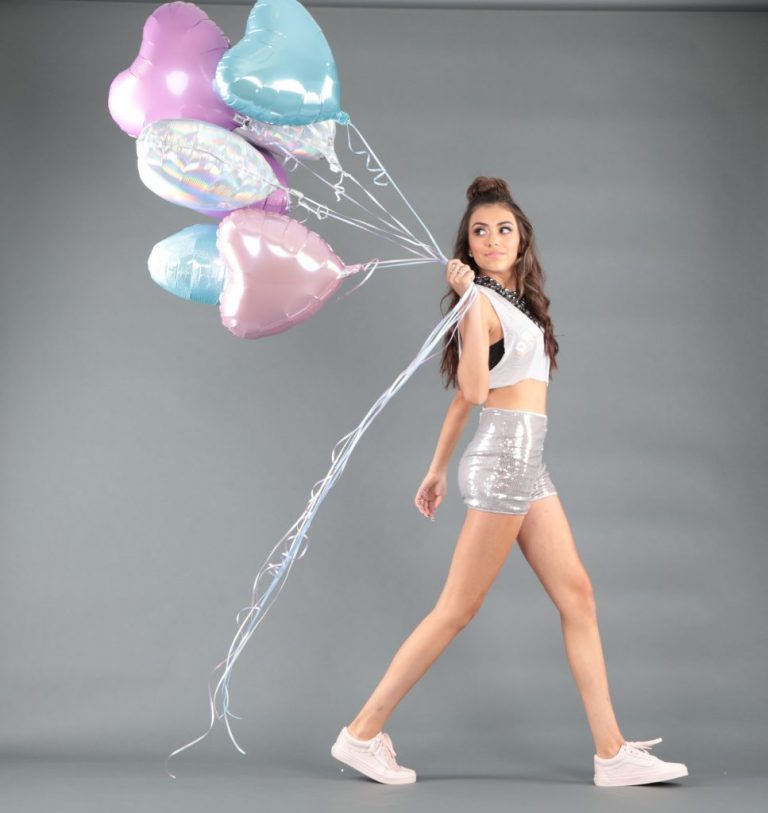 What inspired you to start singing?
I started singing when I was just 8 years old. I’ve grown up always loving and listening to music. I’d always sing around the house. I asked my mom to get me a singing teacher and I’ve loved it ever since.

How would you describe your musical style?
I LOVE pop music! I just love any music that is upbeat and makes you want to dance.

What artists are you influenced by?
My idol is Jennifer Lopez because she does it all. She sings, dances, acts, and models and that’s what I want to do. 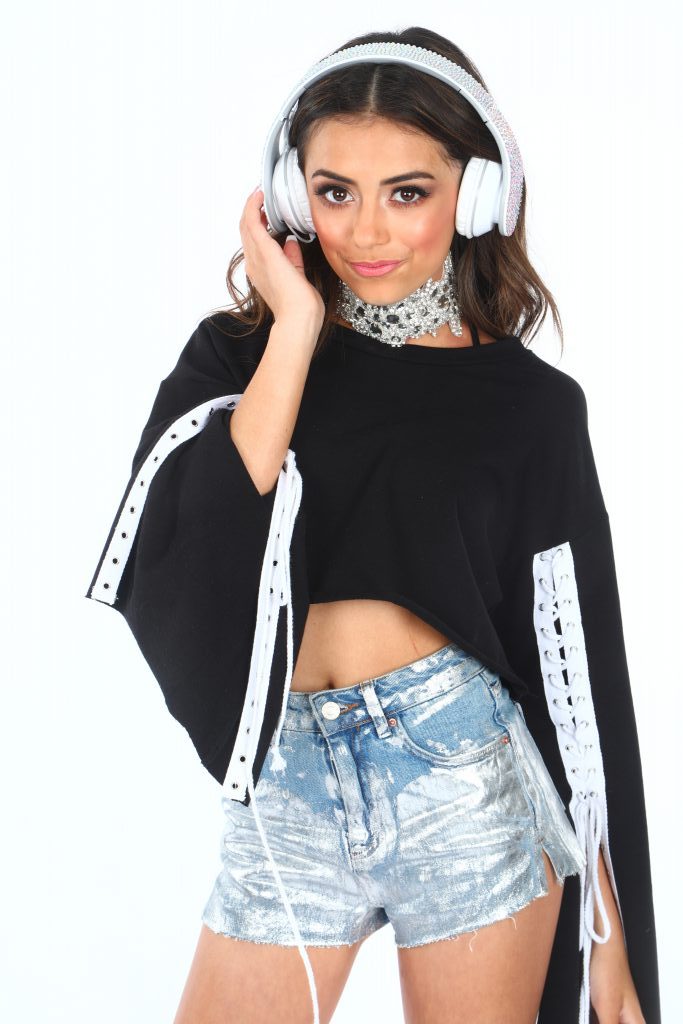 Tell us about the moment you found out you’d be on The Pop Game.
It was actually a very long process. They contacted my mom and they went back and forth for a LONG time.

Tell us about the weeks leading up to the show — did you have to travel? What was that like?
It was kind of stressful because I had to leave my family 🙁

What were your feelings before the first episode? Did they change at all once you got there?
I was really nervous for the first few episodes but as time went on, I regained my confidence and started feeling comfortable and excited! 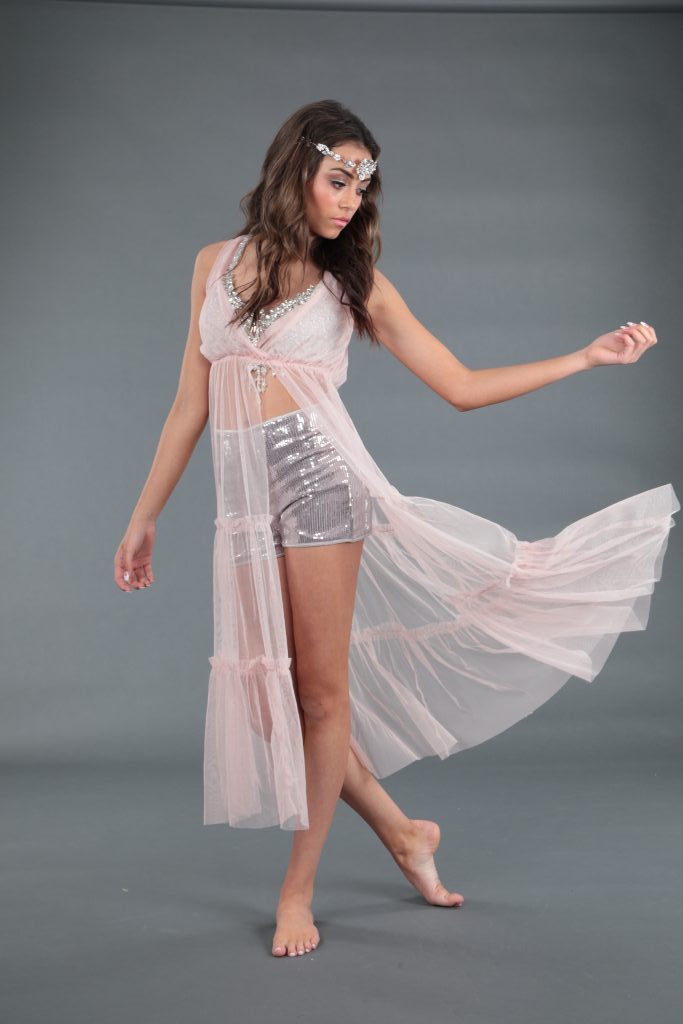 What was it like meeting and working with Timbaland?
It felt unreal because I had listened to his music all growing up.

What was it like meeting the other celebrities?
It was humbling because they talked to us on such a personal level.

Who was your favorite celebrity that you got to meet?
I really liked Jordyn Sparks because I feel I can relate to her the most because she’s young and likes performing.

What were the other competitors like? Did you become close with them?
Yes! I became really close with all of them. We’re like one big family! 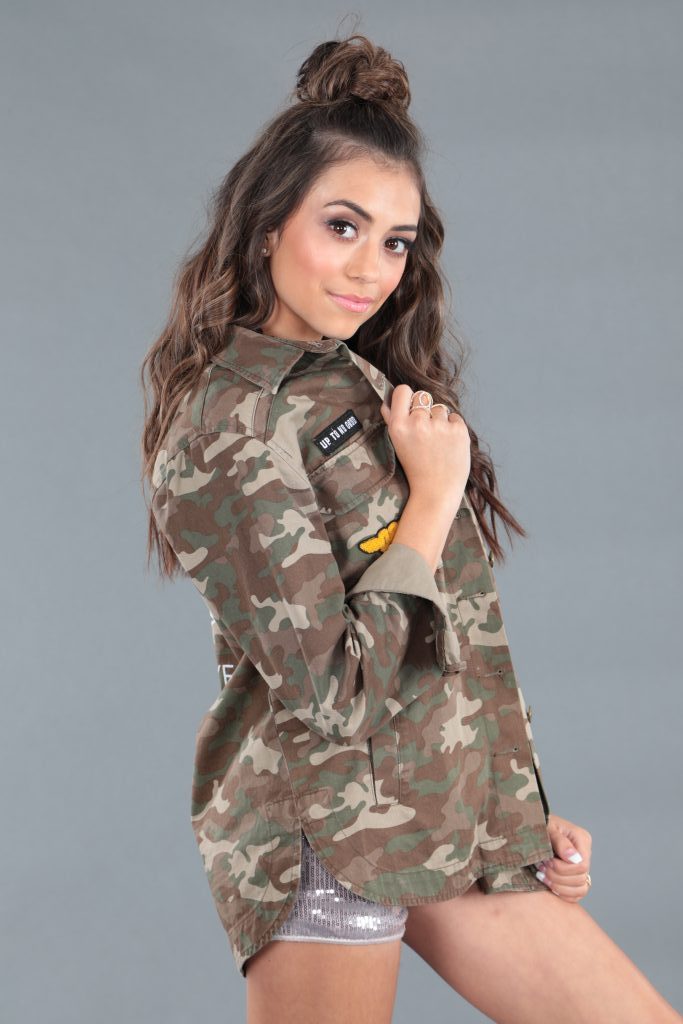 Reflecting on the Show

What piece of advice from Timbaland really stuck with you?
Confidence is KEY!

What was your favorite memory from the show?
I loved our rope course challenge!

What was your favorite memory outside of filming?
We would have Nerf Gun Wars and play hide and seek after hours!

Did you have any special traditions to watch it each week?
Each week my family got together to watch the show. Nobody could start watching until we were all there and ready to watch.

What did you learn from the show? How will you use what you learned in the future?
I learned to always be yourself and that’s all you need. Don’t worry about what others think of you. Believe in yourself. That has really helped me with performing!

Caroline Romano’s Music is All About Exploring Other Lives

Caroline Romano’s Music is All About Exploring Other Lives

Sydney Morgan on Her Love of Makeup and Crohn’s and Colitis...

Rachael Fahim on The Mindblowing Experience of Being at the Top...

Travis Burnett on “Diary of a Future President” Season 2 and...