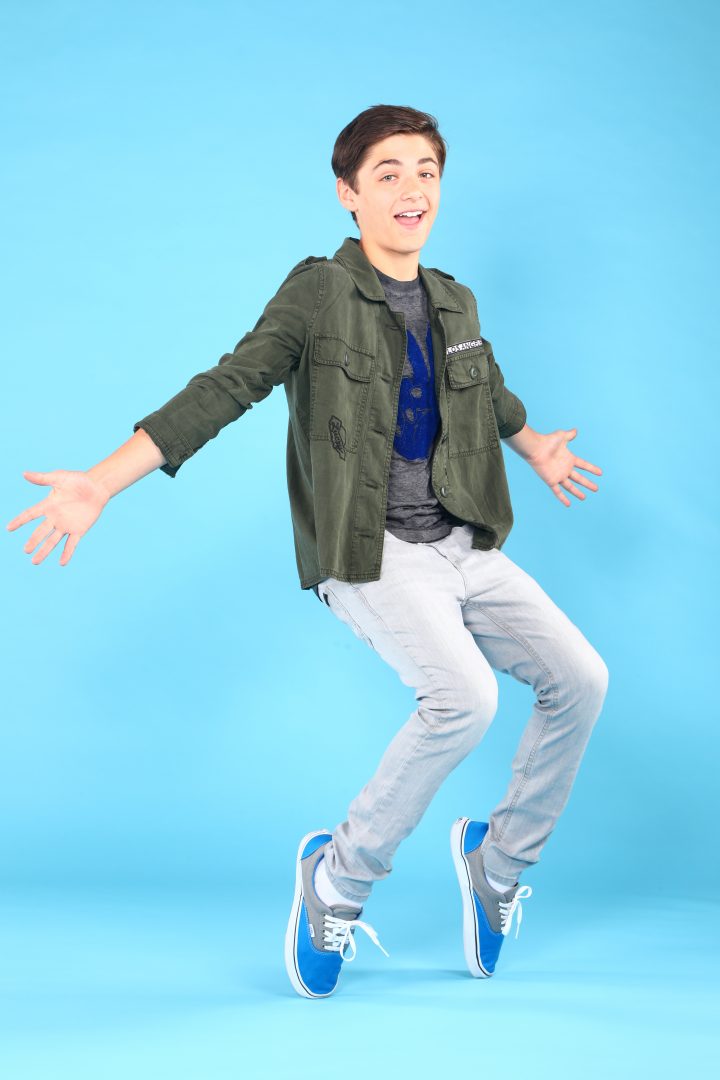 So Asher, how did you become interested in dancing and acting?

Well, I’m originally from Arizona and since there isn’t a huge dancing/acting scene there, I wasn’t exposed to it until I saw my first show, Wicked, at a local theater. After seeing it, it just struck me: I wanted to become an actor. From there I did about 30 shows!

What was your very first role?

My first role was a Fagin’s Boy in Oliver. No matter what type of role I was in, I always thought I was the star of it. Musical theater was a really cool way to get into acting. Every show I got more advanced roles. I miss musical theater; hopefully I can go back to it someday.

What do you see as the major differences between theater and TV/film? Which of the two do you prefer?

I think that the biggest difference between the two is that there’s a live performance element involved in musical theater. With film and TV, you have the ability to re-shoot. On stage, you have to be 100% all the time no matter what – it’s live! But with film and TV, if you mess up or forget your lines, there are multiple takes that can be edited together to produce the final clip. As for what I prefer… ahhh, that’s tough. I think I prefer film honestly, but I love them both so much.

Tell me about your character in Andi Mack, Jonah.

Can you tell us about the audition process to get that role?

I got a call from my agent when I was in Los Angeles for pilot season. I had been in LA a long time reading so many scripts by the time the script for Andi Mack came my way. Once I read it, I just knew it was different from anything Disney had put on television before. The executive producer and writer of the show was actually the creator of Lizzie McGuire. I went into the casting call and I was so nervous. This was Disney and I knew it could change my life!

The audition process had us coming back about 5 times. After the last audition we were in the car about to miss our flight. We got a call from my dad and he said, “Asher it’s okay if you miss your flight; you got Andi Mack!” I was screaming in the Uber; I was so happy. I will always remember that moment. It was a great day. I got Andi Mack and we DID make the flight!

I think my favorite part about playing Jonah is that whenever I touch a new script it’s more and more like me. The character is growing as I grow and it’s gotten to the point where I don’t really have to act because we just have so many things in common. I mean one of the only differences is that, unlike Jonah, I don’t have a high school girlfriend but he is a really cool guy to play.

So what’s the cast of Andi Mack like? Are you all very close outside of filming?

The cast is so awesome! We are actually all really close. I remember going to my test shots where I first met the lead actress, Peyton, who plays Andi. I felt like we already knew each other! We do everything together even when we aren’t on set. We are seriously always together. 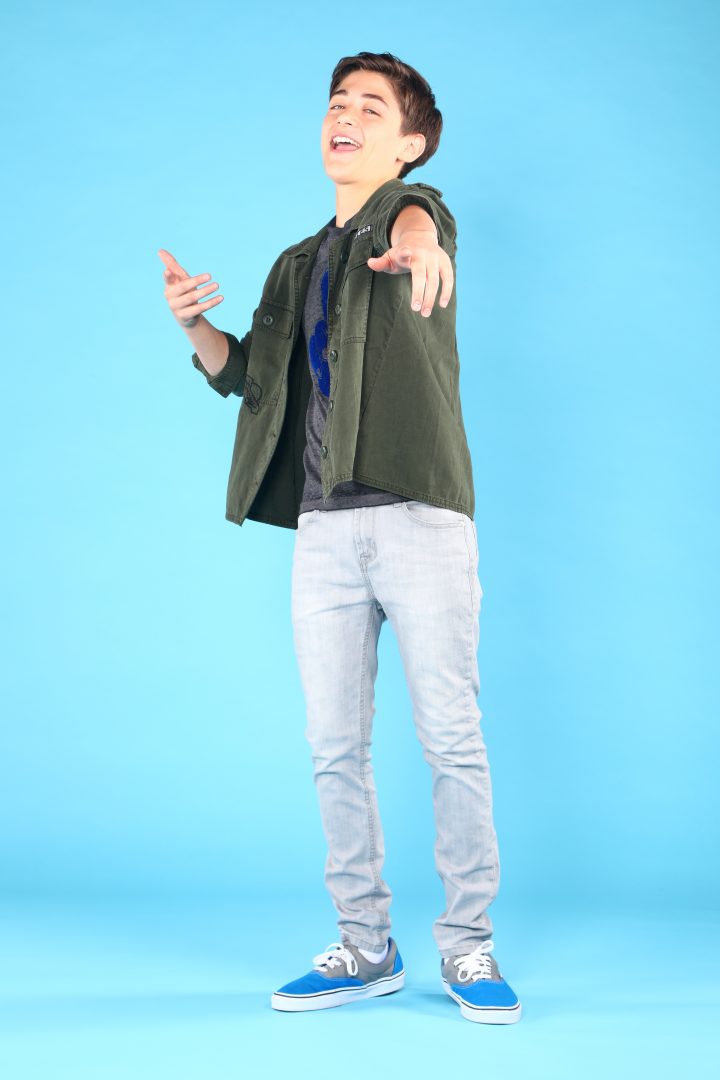 What do you and your cast mates do when you’re not filming?

There is a lot of beautiful scenery in Utah. We go horseback riding, and hang out at a club called The Shed where they have a basketball court and movie theater.

How would your best friend describe you?

He would call me silly, funny, and athletic, with an interesting personality.

Jonah plays ultimate frisbee, what is your favorite sport?

I love sports so I really can’t choose just one as my favorite. I’d say my favorite sports are baseball, basketball, and football.

What do you see as one of your weaknesses? How are you working to overcome that?

Honestly dance! Before I found out I got Andi Mack I was training for the Billy Elliot Tour. Before that, I never knew there were so many different styles of dance. At the time, I was only doing musical theater, but there was ballet, contemporary, hip hop, etc.

I trained in different styles of dance for 4 months to prepare for the tour. It was really challenging. You have to be really dedicated to do well in dance. I got better with every day, though, and in the end I’m really glad I did it. Before the tour, I got the call from Disney that Andi Mack had been picked up. I couldn’t tour but I did get to see the show which was awesome!

So you’re from Arizona, but where do you film Andi Mack?

I’m originally from Arizona and I’ve lived there most of my life. I auditioned for Andi Mack in Los Angeles and that’s where we began filming it. Then they moved the show from LA to Utah where we film right now. It actually all worked out though because my family has a house in Utah that we would visit every winter. We’d go there and go skiing and snowboarding so I’ve been there before and love it. Right now I spend my time living between Arizona, Los Angeles, and Utah.

Social media presents a very perfect vision of us. Tell us something people might not know about you that shows how human you are.

Honestly I’m not the biggest fan of social media. Everyone is talking about “likes” and who has more followers and I just don’t really care about that kind of stuff. I don’t know why anyone should. It’s just cool to know that there are people out there who like you for who you are.

Do you have any upcoming projects you can tell us about?

I’m just working on some music right now! I can’t’ spoil anything but hopefully I’ll be able to fill everyone in soon!

What’s the best advice you’ve ever been given?

The best advice I’ve ever gotten was probably from my parents. They always tell me: Believe in yourself. Don’t let anyone tear you down and be who you want to be. If people don’t like you for who you are then so be it.

This article originally appeared in the Spring 2018 issue of Showstopper Magazine. To get this issue and others, click here or look for the latest issue in a Barnes & Noble near you.

Lilly K Gives us an Inside Look at The Tiffany Collection